ESPN’s expansive studio programming surrounding the College Football Playoff semifinals kicked off on Thursday, Dec. 29, with live coverage from ESPN and SEC Network sets at the Chick-fil-A Peach Bowl in Atlanta continuing through the Rose Bowl Game Presented by Prudential in Pasadena, Calif., on Monday, Jan. 2. ESPN platforms will present more than 30 hours of on-site analysis and insight during the final run to the National Championship. ESPN will have live pre-game, halftime and post-game coverage throughout the week from ESPN sets in Atlanta. Ram Trucks College Football Pregame will be live from Mercedes-Benz Stadium beginning Friday, Dec. 30, with Kevin Negandhi anchoring the day’s wraps, joined throughout the afternoon by analysts Joey Galloway and Jesse Palmer. Ram Trucks College Football Pregame returns on Saturday, Dec. 31, at 3:30 p.m., hosted by Rece Davis with analysts Desmond Howard and David Pollack leading into the Vrbo Fiesta Bowl. Davis, Howard and Pollack will be joined by Kirk Herbstreit for the halftime show before the trio regroups for the Chick-fil-A Peach Bowl Pregame Show. 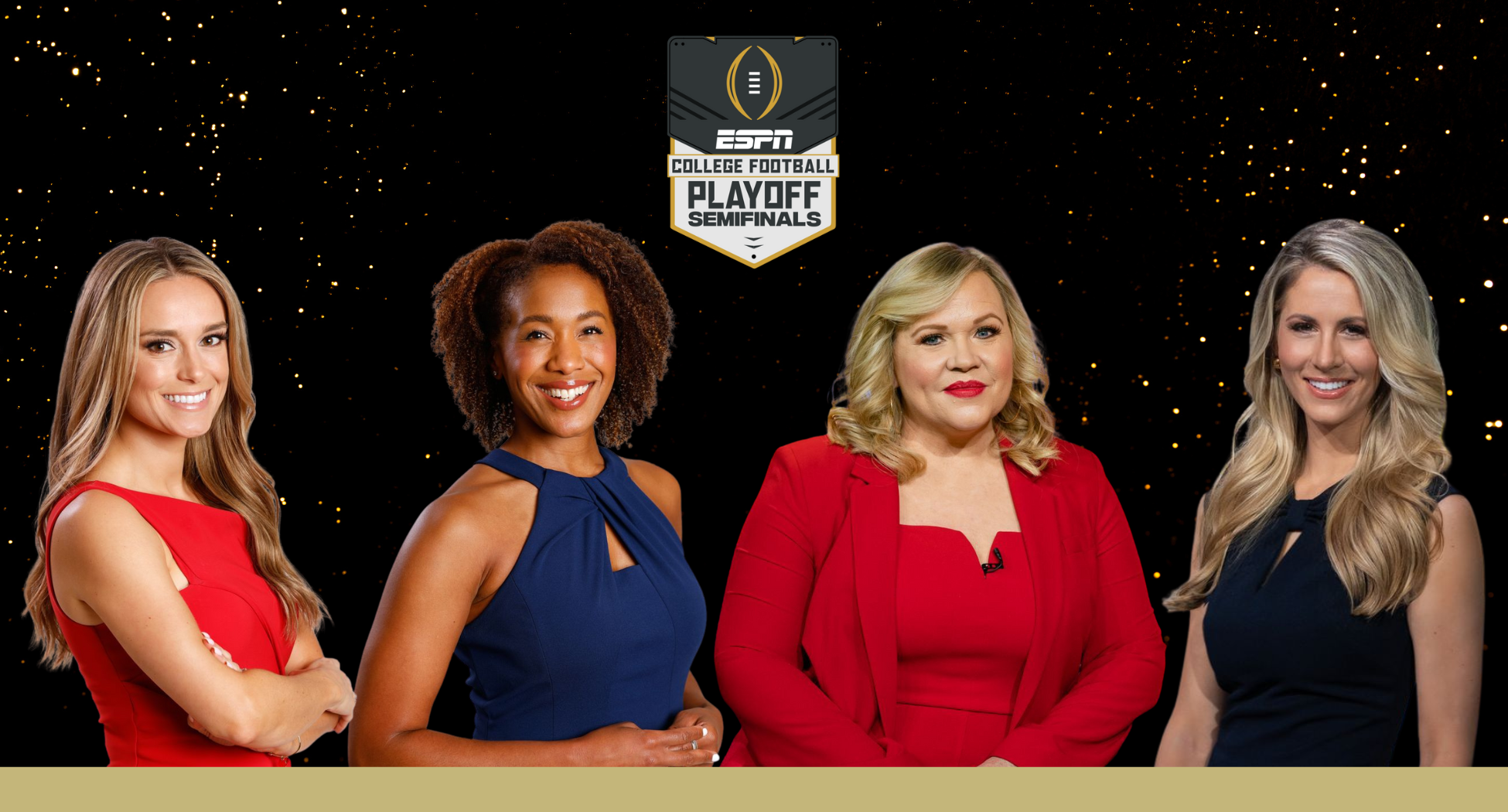 A talented quartet of ESPN college football reporters will be covering each CFP semifinal team with Holly Rowe (Ohio State) and Laura Rutledge (Georgia) live from Atlanta all week, and Tiffany Blackmon (TCU) and Molly McGrath (Michigan) on site in Glendale, Ariz., providing in-depth coverage and exclusive storylines from the four playoff teams.

ESPN will present nine offerings of each College Football Playoff Semifinal on Saturday, Dec. 31, courtesy of the network’s signature CFP MegaCast production. In total, more than three dozen different presentations will be available across the New Year’s Six, including the MegaCast fan favorite Field Pass with The Pat McAfee Show Presented by Mercedes-Benz anchored by Pat McAfee on ESPN2. College GameDay Built by The Home Depot will be live from Atlanta ahead of the Chick-fil-A Peach Bowl from 9 a.m. – noon on Saturday, Dec. 31. Rece Davis leads the show in his eighth season as host and is joined at the desk by GameDay analysts Desmond Howard, Kirk Herbstreit, Lee Corso, Pat McAfee and David Pollack. Reporters Jen Lada, Gene Wojciechowski and newcomer Jess Sims, along with college football insider Pete Thamel, round out the GameDay crew for the three-hour premier pregame show inside Mercedes-Benz Stadium.

Negandhi, Galloway and Palmer will join the GameDay crew on set in Atlanta along with CFP Semis head coaches who will join throughout the show.

The College GameDay crew will also be live on Jan. 2, from the 109th Rose Bowl Game presented by