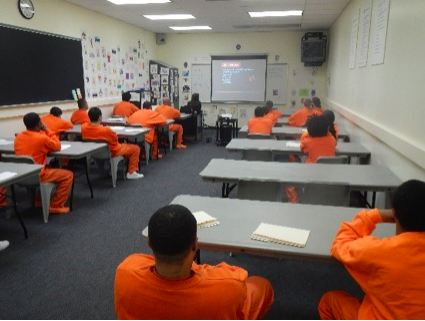 Three decades ago, Sunny Schwartz says San Francisco Sheriff Mike Hennessey reached out to her with a simple message: He didn’t want San Francisco’s jails to be “human warehouses.”

Schwartz, who served for many years as Hennessey’s director of programming, oversaw the establishment of a vast array of social, educational, and vocational classes for inmates. A longtime jail worker recalled how, 20 years ago, you’d see 60 guys in the Roads to Recovery addiction treatment pod, with “six or seven hours a day” of programming: “You’d have relapse prevention, parenting classes, Alcoholics Anonymous meetings.”

Nothing like that is happening now. “Now,” the longtime jail worker continues, inmates “get a packet on anger management.” The San Francisco Sheriff’s Department last week confirmed to Mission Local that “most programming at CJ3” — County Jail No. 3 in San Bruno, which houses the overwhelming majority of San Francisco’s nearly 800 inmates — “has stopped due to staff shortages.”

A generation ago, the city’s jails also moved away from the Cool Hand Luke–model of a guard in a parapet watching the inmates from afar and adopted “direct supervision.” The deputies were in the pods with the inmates, interacting with them. “They were inside the inmates’ living quarters,” explains Schwartz. “Instead of being in an outside tier reading Mad Magazine while people are beating the shit out of each other. It’s very fundamental but it was pretty novel. It shouldn’t be.”

But, due to staff shortages, direct supervision may once more become a novelty. At County Jail No. 3, a pilot program was initiated on June 29 to, in the department’s own words, “reduce the number of required staffing positions.” Instead of direct supervision — which calls for a deputy to be placed in both of the adjoining “pods” of 48 inmates each — a single deputy would observe all 96 inmates in Pod 5 from the “Crow’s Nest.”

In other words, back to the parapet.

Because it would be logistically impossible for one deputy locked in the Crow’s Nest to oversee nearly 100 inmates ambling around, the prisoners’ “walk time” outside their cells has been severely curtailed. Based on the literature explaining the pilot program, walk time has been reduced to 45 minutes — 45 minutes for inmates to shower, visit the library, stretch their legs, whatever.

Deputies working inside tell me that, yes, that’s 45 minutes a day, meaning inmates in this pilot program are in their cells for the other 23 hours and 15 minutes.

Inmates in other pods are getting more walk time — but, it seems, far less than what was once common. Deputies who worked CJ3 even only a few years back tell me that, even relatively recently, prisoners could walk around for about five to five-and-a-half hours in the afternoons, and perhaps nine hours total during the day.

To be clear, none of this appears